The House of the Weeping Widow

The House of the Weeping Widow 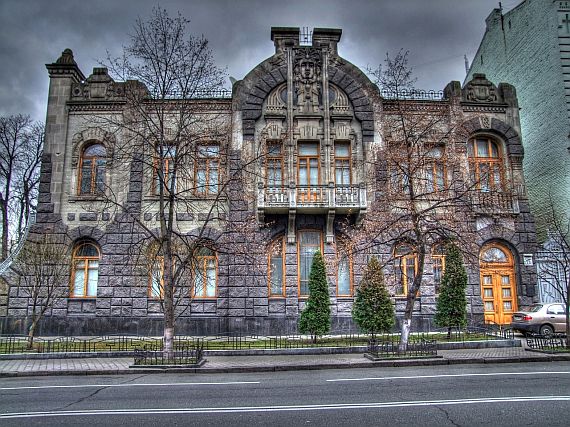 The House of the Weeping Widow (House of Crying Widow Dom Plachuschei Vdovy; Ukrainian: Будинок вдови, що плаче) is an architectural landmark in the city of Kyiv, capital of the Ukraine, located at 23 Luteranska St.

Constructed in 1907 in the early Art Nouveau style by architect E. Bradtman, it was commissioned by Serhiy Arshavsky, a wealthy merchant from Poltava, who occupied it before the Bolshevik Revolution. The building kept its first owner's name long afterwards, and even today is sometimes referred to as the SerhiyArshavskyi Building. Following the revolution it was occupied by the International Group Federation of the Central Committee of the Bolshevik Party.

Currently it is one of the President of Ukraine's official residences, used to house state visitors, among them: U.S. Secretaries of State Madeleine Albright and Condoleezza Rice, and the Presidents of Lithuania and Brazil.

The building earned its nickname because when it rains water pours over the woman's face on the facade, running down her cheeks like tears.