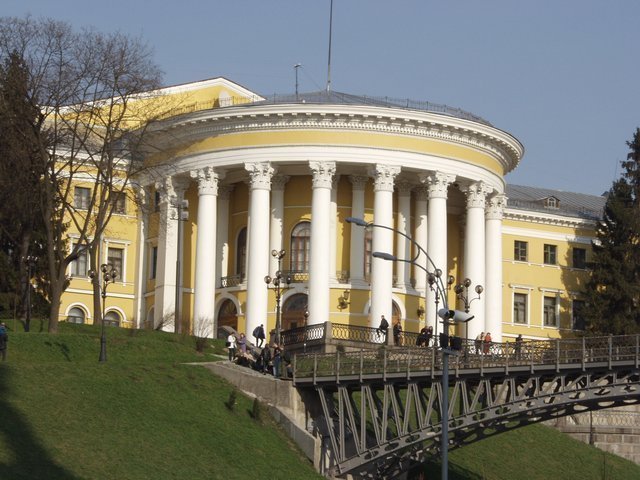 The October Palace (Ukrainian: Zhovtnevy palats) in Kyiv, Ukraine was designed by architect Vikentiy Beretti in the early 1900s. Renamed as the International Center of Culture and Arts (Ukrainian: Mizhnarodny tsentr kul'tury i mystetstv) after Ukrainian independence in 1991, the palace has been used for different purposes throughout its history. Prior to the Russian Revolution of 1917, the building housed a "Seminary for Young ladies" (Russian: Institut Blagorodnyh Devits), hence the street where it was located was called Instytutska Street. After the revolution, the building was used by the government, including housing the Ukrainian branch of the KGB.

Almost completely destroyed in the Second World War, the building was renovated between 1952 and 1959, and named the October Palace of Culture, used primarily as a concert stage. The street was also renamed October Revolution Street.

After the break up of the USSR, it was renamed to its present-day name. Today, it continues to be used as a concert hall. A movie theater wing was recently added.